Our student Master Harish Goutam of XI standard has won the District I Place in Sivaganga in the Inter School Science Exhibition conducted by Puthiya Thalamurai “VEETUKU ORU VIGNYANI” on 27.07.2012. He was honoured by presenting a Gold Medal, a shield and a Merit Certificate. Harish represented Sivagangai District in State Level Contest held at Chennai.

Our students not only in the field of Science and Technology prove their ability, but also in other fields like arts, music, singing, dancing etc., Here are some achievements made by our students in Inter School Events.

On 15.08.2012, Artisans (Canara Bank) Managiri, organized a painting competition. Our student K.Rajarajan of IX Standard has won the 2nd Place in the Painting Competition and he is awarded with a Shield and Certificate on August 15th 2012 by conducting an honouring function in their premises.

On 01.09.2012 – ABK – AOTS – DOSOKAI conducted Tamil Elocution Competition in Chennai. Our school students T. Aravindhan of XI std, bagged the 3rd Prize in the state. He has won a cash prize worth Rs. 5000/-

The prize were distributed in a function held on 15.09.2012 at Sri Ramanavami Mandapam, College Road.

02.09.2012 “Agada Vigadam” Speech Competition was organized by Raj TV for school students and teachers. 21 students and one of our teachers Mr. Mallaiyan, PGT in Economics, took part in this competition. 18 participants were selected as best orator in Sivaganga District. Our staff memberMr.Mallaiyan were one among them.

03.09.2012 Bharathiyar Poem Competition and Marathon were organized for school students in Karaikudi, by Koviloor Andavar Matriculation School on the eve of 80th Birthday celebration of Nachiappa Swamingal. Results .

WEALTH OUT OF WASTE AND DRAWING

WEALTH OUT OF WASTE

Three of the our Hostel students Kanaga Abinesh, Eniya Rajakumaran, Ramanarayan and Ponraj selected for NCC. We give equal importance to the Hostel students in par with Day Scholars.

Our students were declared the overall champion in the Zonal Level Sports Meet. All first prizes were won by our students in the Athletics

G. Aakash and K. Bharath Vaj of class XI have participated in NSS camp held on 24th Feb, 2017 in Tiruvanamalai.

Literary Association Valedictory function was held on 25th, February 2017, in our school premises. The Chief Guest for the day was Mr. Velmurugan, Advocate (Bar Council Tamil Nadu & Puducherry) and Dr. Mrs Umayal Ramanathan was the Guest of Honor. Winners were awarded with a cash Prize of Rs 3000 each. 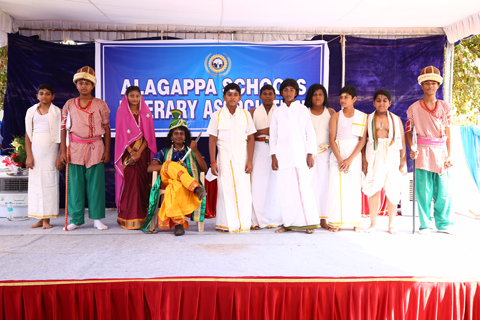 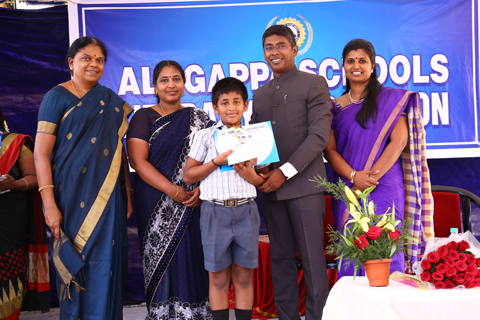 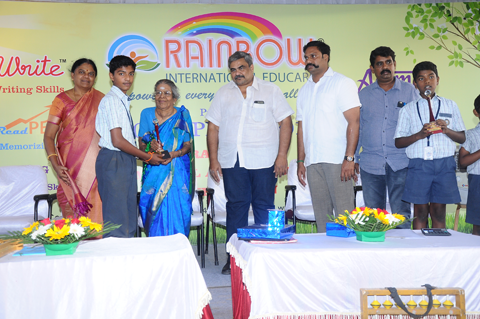 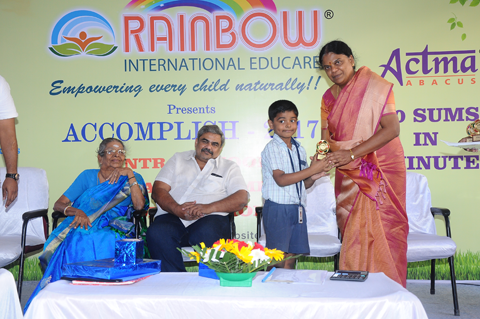 Fundoos” is an Inter School Games competition for Kids from Classes Pre KG to Senior Nursery. The event was conducted on 18th February 2017. Nearly 16 schools participated in the event and it was a fun filled day for the kids. The school with more no. of participants was awarded “THE BEST SCHOOL” shield and the child who won in overall events, was awarded the title of “SUPER KID”. 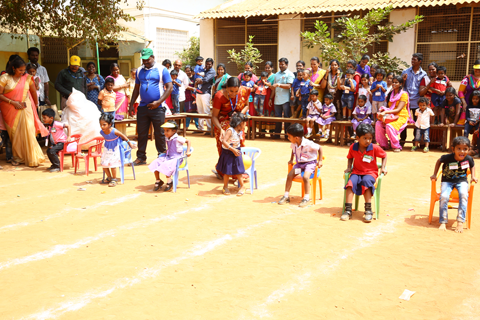 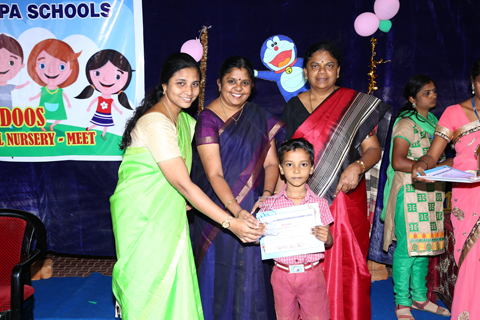